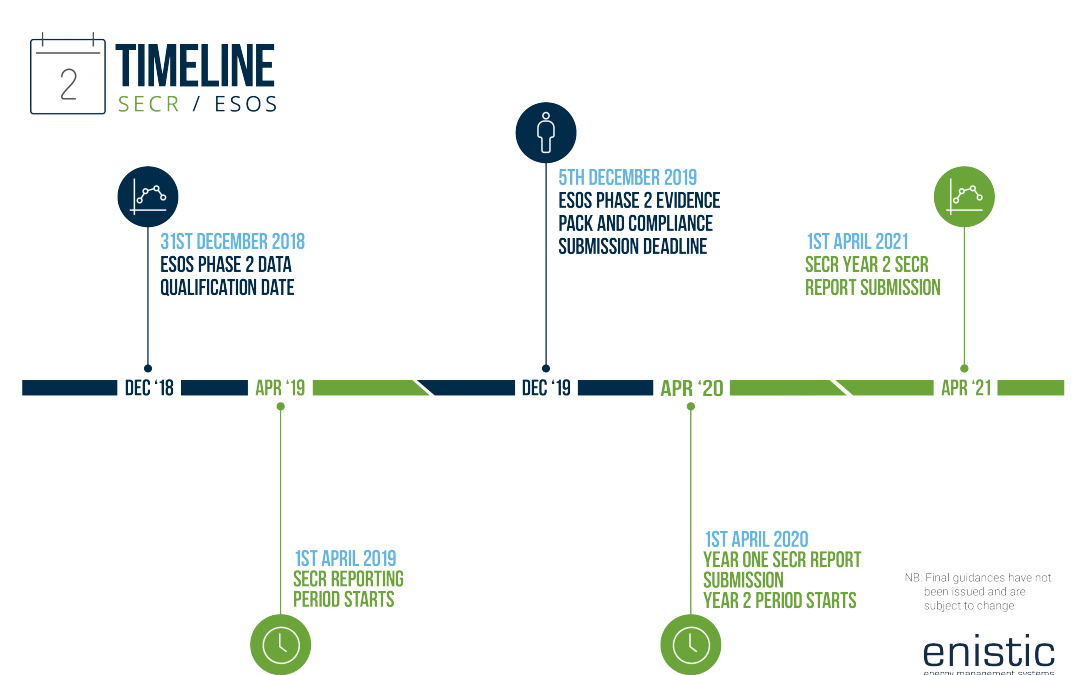 I’m pleased to report that the government have now issued the final guidance for the Streamlined Energy and Carbon Reporting (“SECR”) legislation which they announced last year.  They have not changed much from the draft guidance but, reading between the lines, they have emphasised the importance of the director’s accountability for the contents of the SECR report and given examples of what needs to be prepared, which is in some cases is going to be extensive.  They have also left in sections which will require your accountants to get involved with the process, which I am sure they are going to relish doing.

The amount of work to prepare these reports is not trivial and the general response of clients is “Oh no, not more” so before you delve into what is involved in detail, you should ask yourself the following questions to determine whether or not SECR applies to you or not:

SECR – Similar to ESOS, but annual with enhanced reporting requirements and no site audits

So, in simple terms, what do you have to do for SECR?

If you are a quoted in the UK, NYSE, Nasdaq or anywhere in Europe, you must report:

Additionally, for fiscal years that start on, or after, 1 April 2019, quoted companies must also report:

If you an unquoted company, then it’s slightly easier:

What happens if you don’t comply?

In practice, the directors of all of my clients (except 1) view compliance with legislation as mandatory rather than optional, but I get asked frequently about what happens if you choose not to comply.

In effect, you would get a court order against you forcing you to “get it right” issued by the Conduct Committee of the Financial Reporting Council who are responsible for monitoring compliance of company reports and accounts with the relevant reporting requirements, imposed on companies by Part 15 of the Companies Act 2006. The Committee has the power to inquire into cases where it appears that relevant disclosures have not been made and has the power to apply to the Court, under section 456 of the Act, for a declaration that the annual report or accounts of a company do not comply with the requirements and for an order requiring the directors to prepare a revised report and/or set of accounts.

What you should do now

Firstly, there’s no great panic as the regs state that the first SECR report should be included in your next full-year accounts after April 2019, ie the earliest you would report is April 2020

There is significant overlap here with ESOS and most clients are choosing to save money by combining the data provision for both schemes.  The data required is after all, broadly the same and the processing required of that data is broadly the same.  Larger companies, who have worked hard to create processes to supply data to us on a regular basis (monthly or quarterly) are continuing to feed us data in the knowledge that whether it’s an SECR year or an ESOS + SECR year, we’ll have most of the information we need to compile the report.

Darryl is the founder of Enistic and has personally been the responsible ESOS Lead Assessor on over 150 ESOS Audits. He advises on how to reduce energy use in over 2,000 sites throughout the UK and is doubly certified for ESOS by two independent ESOS approval bodies. He is a member of the Energy Institute, an approved ISO50001 Lead Auditor and holds the industry-specific CEM and CMVP qualifications awarded by the Association of Energy Engineers.

He is happy to answer any ESOS, SECR or energy management related questions you may have and can be contacted by email at darryl@enistic.com or by phone on 01865 598 776.